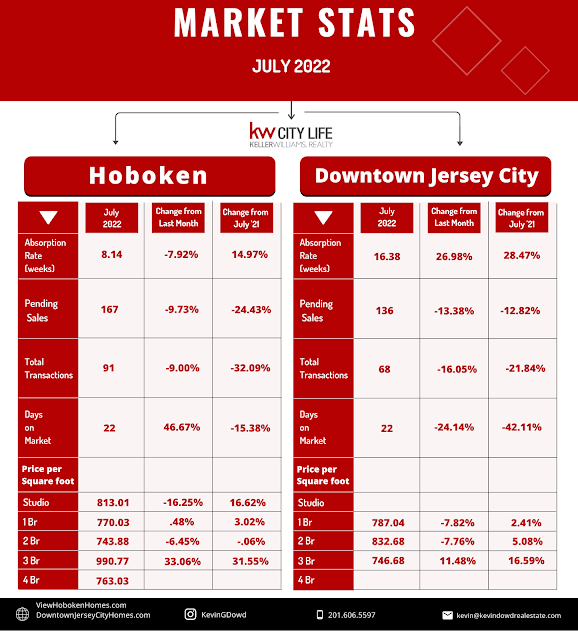 It seems as if the market has rebounded from the mortgage rate increases.  The general consensus among agents is that there was a bit of a recoil with active buyers as the rates increased.  Buyers that are starting their search now are running their numbers based on current rates and didn't see their projected payments increase as rates jumped.
The market was pretty stable for July with the absorption rates fluctuating a bit, but still well within seller's market territory.
Pending sales saw dips in Hoboken and downtown Jersey City.
Days on the market for downtown Jersey City dropped to 22 days, which ties May 2022 for the lowest on record since I began tracking data in 2009.
The rental market continues its run with properties renting for way more than last year.  Landlords of rent controlled apartments are torn between keeping the rents where the town says they should be or where the market tells them.
Happy Hunting!