OK, so the numbers for April are actually very solid.

The absorption rate jumped for Hoboken and downtown Jersey City in April, but these numbers have moved back to the levels we had seen at the beginning of 2020.

Pending and total sales are both down, but this has been offset by lower inventory.

However, the lower activity hasn't resulted in a drop in pricing, which is what I've heard is the same scenario in other areas. 2BR condo prices in Hoboken did drop 8.52% but all other segments held up quite well.

Over the last few weeks there has been a palpable increase in activity as buyers and sellers adjust to the current real estate market. 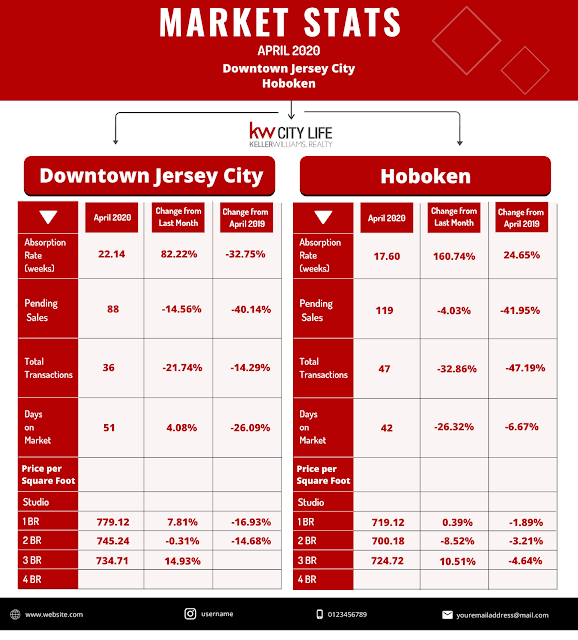