Just wanted to share the March 2020 stats with you for Hoboken and downtown Jersey City.

As it turns out, numbers look pretty decent for March with properties moving at rates that we haven't seen since December 2016 for Hoboken and December 2017
for downtown Jersey City.

Properties that were under contract during the middle of March will start closing in the next few weeks and that will be another good indicator of where the market is headed. 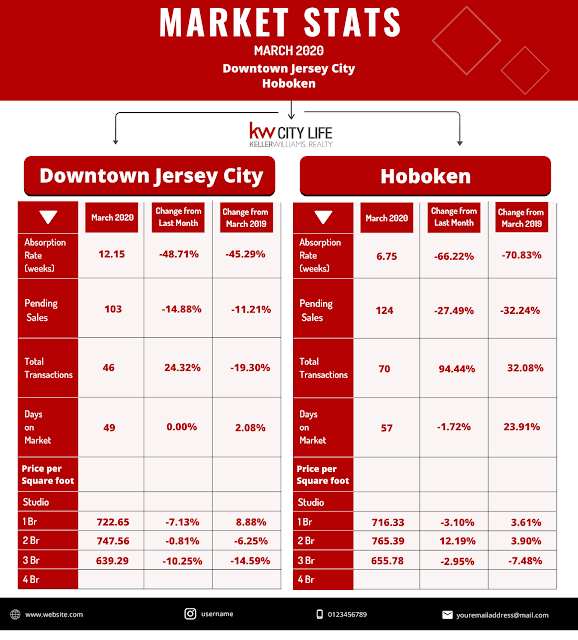