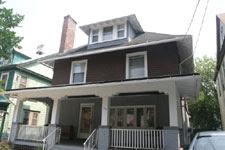 I have a lot people ask me about the Lincoln Park neighborhood so I thought I'd share this great link with you:

This will give you all sorts of data on the area.

This area has become increasingly popular over the years due to the variety of single and multiple family Victorian homes that are available at affordable prices. The proximity to the PATH system and major highways makes it an ideal area for a wide range of buyers. Also a great area for you dog lovers out there with Lincoln being nearby.

This area is definitely an area worth a look if you love Victorian style homes.
Posted by Kevin Dowd Real Estate at 11:20 AM 1 comment: 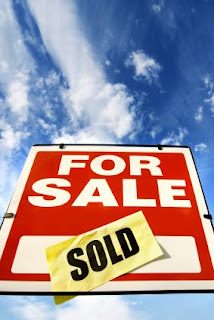 Sales of previously occupied homes rose modestly from April to May, the third monthly increase this year, but signs of a housing recovery are fragile at best.

The National Association of Realtors said Tuesday that home sales rose 2.4 percent to a seasonally adjusted annual pace of 4.77 million, up from a downwardly revised rate of 4.66 million in April. The results, however, missed analysts' expectations and stock markets edged lower on the news.

"While activity has stabilized, a meaningful recovery has yet to begin," wrote Paul Dales, U.S. economist with Capital Economics.

The bursting of the housing bubble helped push the U.S. economy into the worst financial crisis in seven decades. Now the economy is hindering the recovery of the real estate market. As companies continue to shed jobs, more cash-strapped homeowners are predicted to go into foreclosure.


About one in three homes sold last month was a foreclosure or distressed sale, dragging down the median price to $173,000 - 16.8 percent below a year ago. Falling prices coupled with new rules for property appraisers have caused many transactions to fall apart or be delayed.

"We have just been flooded with e-mails, telephone calls on the appraisal problems," said Lawrence Yun, the Realtors' chief economist.

One bright spot, however, was that the number of unsold homes on the market at the end of May fell 3.5 percent to nearly 3.8 million. That's a 9.6 month supply at the current sales pace, compared with about 6 months in a normal market.

That drop was "the best news in the report," said Joseph LaVorgna, Deutsche Bank's chief economist.

Still, the inventory figures don't reflect the large number of houses being held off the market by owners reluctant to sell while prices are so weak, noted Richard Moody, chief economist with Forward Capital.

Mortgage rates are another problem. Interest rates for 30-year home loans, which fell to all-time lows this spring, have been edging back up. The average rate was 5.38 percent last week, according to Freddie Mac. (FRE) (FRE)
Posted by Kevin Dowd Real Estate at 3:48 PM No comments:

I just wanted to share a few recent Hoboken sales with you:

Properties are definitely selling, if they're priced well. A good, well priced property is selling for about 3-4% below asking and those that need work will easily be 10% below asking.
Posted by Kevin Dowd Real Estate at 6:13 PM No comments:

Email ThisBlogThis!Share to TwitterShare to FacebookShare to Pinterest
Labels: Hob 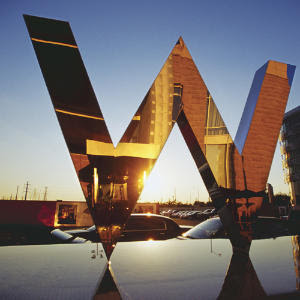 I had the opportunity last week to view the 3BR/3.5BA penthouse unit at The W last week. The views of New York City are unparalleled with floor to ceiling windows in every room. The building offers every conceivable luxury that you can imagine. Valet parking, concierge and maid service, priority service at the excellent Bliss spa on the first floor.

I've had a lot of buyers have asked me about the new Fannie Mae guidelines and how they can effect a potential sale. Smaller buildings in Hoboken and Jersey City are more susceptible to these regulations, especially the investor unit guidelines.

Fannie Mae, the government-sponsored organization that makes sufficient funds available to mortgage lenders by buying mortgages from primary lenders and either holding them in investment portfolios or reselling them as mortgage-backed securities, has implemented new guidelines, effective March 1.

To facilitate sales of condo units, associations and their boards and managers should be aware of the changes, which include clarification on matters such as owner-occupancy ratios and association insurance.

Prior to these new guidelines, at least 51 percent of the total units in new construction or newly converted attached condo projects were required to be under contract to individuals who use the home as their principal residence or second home. New guidelines have increased this pre-sale requirement to 70 percent of the total units in the project or a particular phase that has been submitted to the condo project, effectively decreasing the number of permissible investor units for a Fannie Mae-approved project.

Condo associations and their boards also must be aware of guidelines concerning the level of assessment delinquencies. As revised, no more than 15 percent of the total number of units in a development can be more than 30 days past due in assessment payments. This standard applies to both new construction and established condominium projects. This policy presents a dilemma for developers who do not pay the full amount of assessments on unsold units.Fidelity insurance covers the association from loss of funds by those who handle association operating funds and reserves. Fannie Mae guidelines state that fidelity insurance is required for new condominium projects with 20 or more units. Illinois law is more stringent, requiring an association with six or more dwelling units to maintain fidelity insurance.

Fannie Mae standards for hazard insurance presents an interesting policy change. Prior guidelines required that lenders verify that an association carries hazard insurance to cover fixtures, equipment and other personal property inside individual units. The new requirements state that an individual borrower must obtain “walls-in-coverage,” which is commonly known as an “HO-6” policy. The exception to this requirement arises when the lender confirms that the association’s policy provides the same interior-unit coverage.