Fundamentals are Strong...Pricing Down in Hoboken | August 2020 Stats Update

Downtown Jersey City
More sales, selling at a faster pace...pricing increased slightly.
Total sales for downtown Jersey City jumped 66.67% to 60 units while the absorption rate decreased an impressive 32.22% to 27.08 weeks. Pending sales increased 2.90% to 142 units.
Pricing for 1BR and 2BR units increased by .09% and 2.29%, respectively.
Conclusion
As discussed in July, the increased sales activity in Hoboken and downtown Jersey City did help to absorb additional inventory as was shown by the decreasing absorption rates for Hoboken and downtown Jersey City.
The fundamentals of the market are solid at this time.  I'm not overly worried about the price decreases in Hoboken because they're still in line with previous monthly trends.
Continued demand and record-low mortgage rates are fueling market activity. 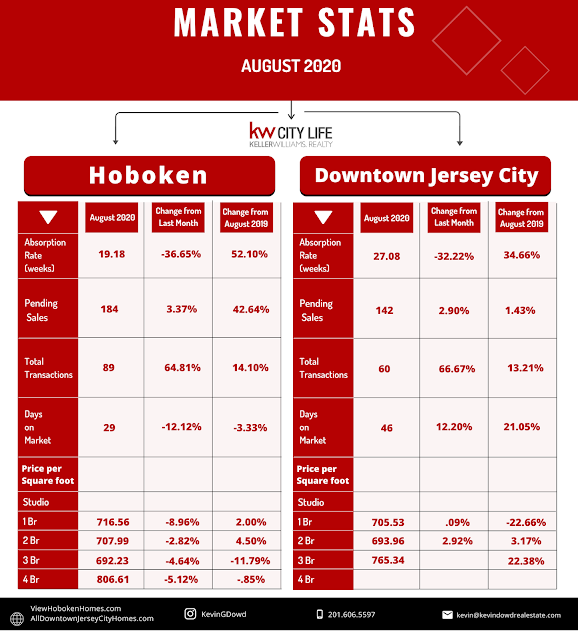