For May, 2020 properties sold faster than last month and significantly faster than they
did in May, 2019.

I have definitely seen an increase in activity in Hoboken. Many listings are going under contract in just a matter of days.  This activity is still much lower than last year, but the lower inventory is met by lower demand which balances out each other.

Pricing has remained stable for this month and has been fairly stable for the last few months.  3BR pricing can be a bit volatile just because there aren't so many sales
in that segment.

Days on the market was at 30 days just like Hoboken which is much less than last month which shows that activity is starting to pick up here as well.

The market in downtown Jersey City is performing well and I just don't see these seismic shifts in pricing that people are waiting to see.

Pending sales already seem to be way up for June in both markets, so let's hope we can recapture a bit of that strong Spring market that we were starting to see before
the pandemic. 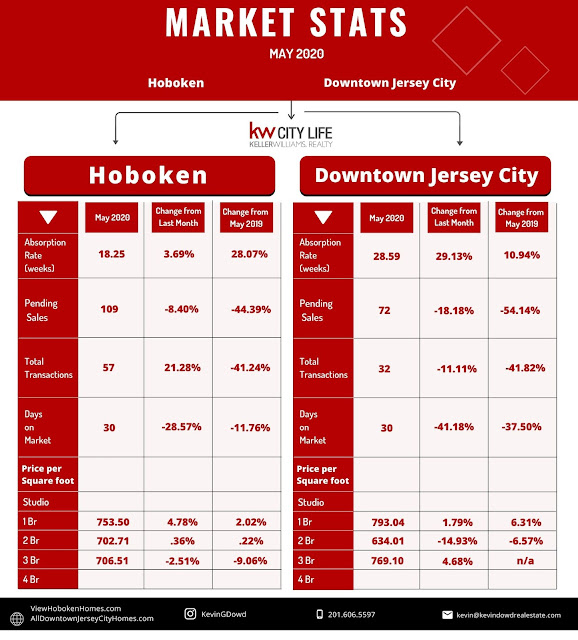