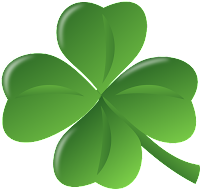 I hope everyone had a great St. Patrick's Day.

Inventory has been lingering in Hoboken with absorption rates up 52.37% to 31.16 weeks from last month and has increased 122.25% from the same time last year.

Jersey City's absorption rate decreased this month by 14.85% to 29.19 weeks and is also down 4.86% from last month.  The absorption rate is up by a whopping 219.02% from the same time last year.  It just doesn't seem that the downtown Jersey City inventory has fully recovered from the tax revaluation from last year.

Continued absorption rates of over 32 weeks is generally considered a shift to a buyer's market.

Buyers have been able to leverage higher inventories in both areas by negotiating prices a bit more than in the past.  As a result, 7 of the 10 condo categories (1BR, 2BR, etc.) saw price decreases this month. The bright spots in all of this are 3BR and 4BR in Hoboken which remain strong as they have for the last several months and downtown Jersey City 1BR which eked out a .46% gain.

We've seen an increase in pending sales of 33.33% for Hoboken and 5.45% for downtown Jersey City which is normal after the holiday season.  If active listings remain constant or decrease, the extra sales will help bring down the absorption rate.

State of Arizona real-estate has always been wonderful in assisting my clientele establish the opportunity rents for their qualities available in the market our company is in. He is quite reactive to questions my clients have and constantly earnings my calls on time. He is definitely a directly genuinehouses for sale, shooter and honest and constantly does what he claims. I am just quite cozy mentioning my clientele to him.