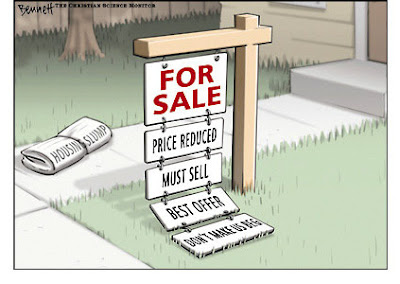 If the market continues to improve again next month, I'll have to change the image above!


Absorption Rate
The absorption rate for Hoboken increased by 16.28% to 22.69 weeks, but is still an indicator of an improving market.

An increase in pending sales is an excellent sign that the market is getting stronger.

This is the definitive indicator that activity has picked up in the area.

2 bedroom prices increased 6.5% over last month and are up 3.82% when compared to the same period last year.

3 bedroom prices continue to rise as more and more families decide to stay longer in Hoboken.  Prices are up 14.05% over last month and are up 12.34% over the same period last year.

There haven't been a lot of sales in the Newport area over the last several months and this is mainly due to the fact that prices in that area are still down from peak levels.

On the flip side, 2 bedroom prices are up 29.65% over last month and have increased 9.24% when compared the same period last year.


Conclusion
The swarming effect that I discussed has intensified a bit over the last month.  There was a recent unit that came on the market at The Upper Grand (1300 Grand Street) and immediately received 6 offers (one eventually backed out).  The property was on the market for 12 days.

The next unit that listed in this building a few days later started off about $20,000 more than the last unit. When I spoke to the listing agent about the price, they commented that they increased their asking price due to the tremendous response received from the last unit that went under contract.

There have been several other instances of properties selling over asking with multiple bids over the last few weeks.