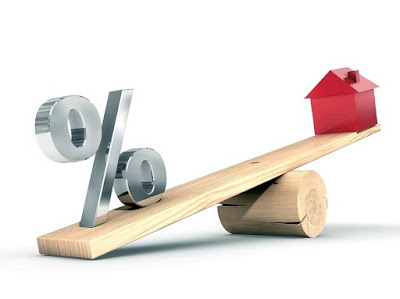 Mortgage rates fell to the lowest level in decades for the tenth time in 11 weeks, as investors worried about the economy.
The average rate for a 30-year fixed loan was 4.32 percent this week, down from 4.36 percent last week, mortgage buyer Freddie Mac said Thursday. That's the lowest since Freddie Mac began tracking rates in 1971.

The average rate on 15-year fixed loan dropped to 3.83 percent from 3.86 percent the previous week. That's the lowest on records starting in 1991.

Rates have been falling since spring as investors have shifted money into safer Treasury bonds. That has lowered their yields, which mortgage rates tend to track.

The low rates have fueled a wave of refinancing by borrowers. Refinancing is at its highest level since May 2009 and makes up almost 83 percent of all new loans, its highest share since January 2009.

Search up for FREE local school reports and more at: www.hobokenjerseycity.com

Sign up for FREE market condition reports at:
www.hobokenpropertyvalue.com
www.jerseycitypropertyvalues.com

Sign up for FREE listing updates:
www.hudsoncountypropertiesnow.com
Posted by Kevin Dowd at 10:40 AM